Crowdfunding: a new way of financing music, videos and concerts10 June 2021Next 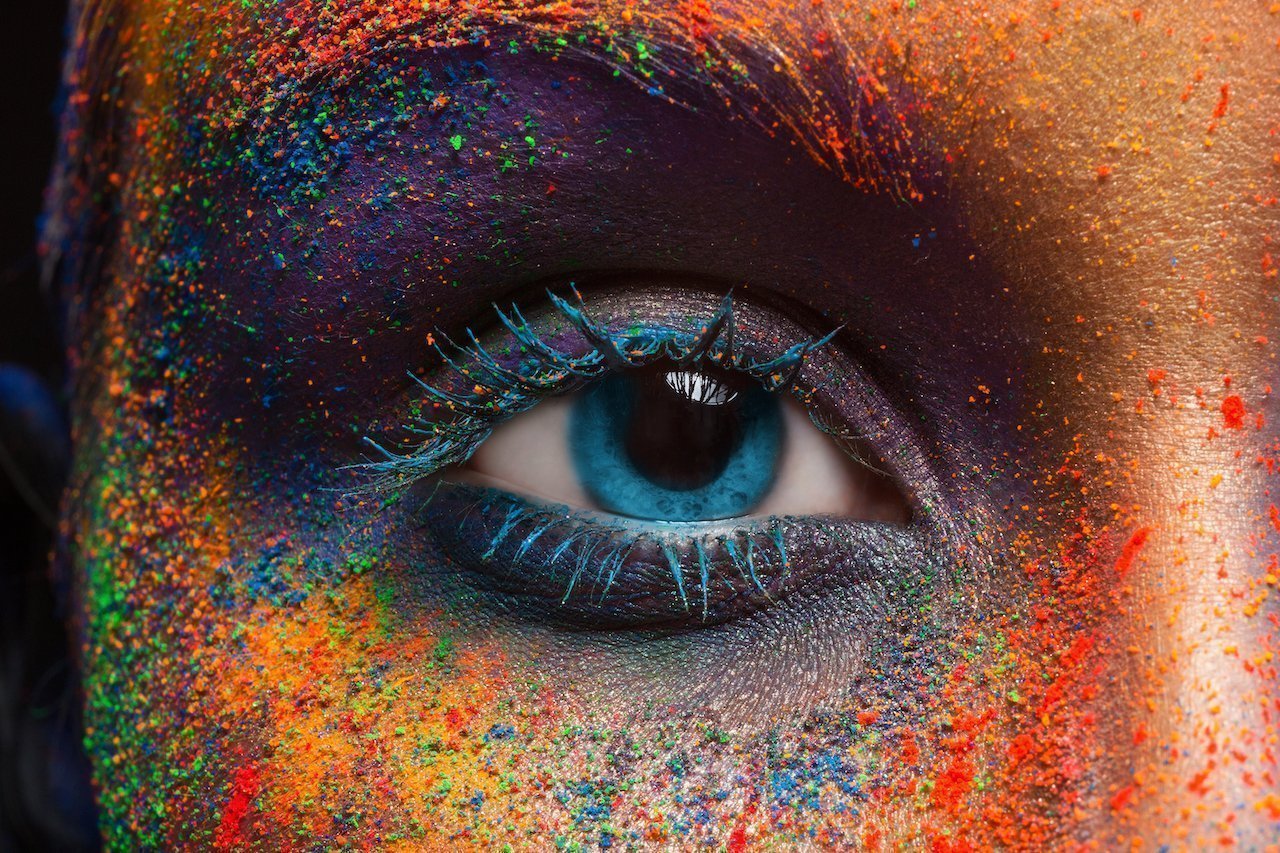 It’s never been easier to release your own music without a record deal and to single-handedly carry out the marketing. At the same time, the never-ending stream of new songs and albums makes it difficult to attract attention from anyone other than your devoted fans. This is why it’s more important than ever for you – as an artist, musician or band – to develop a credible image. Key to this is what marketing experts refer to as a ‘unique selling point’ (USP). What makes you and your music different? In this post, we’ll explore why you should think about your band as a ‘brand’ and how you can go about developing a band image.

The ‘80s was the heyday of the big record companies. The recording industry was making bigger sales than ever before or since. Every album release was preceded by a lead single, almost always with a lavishly produced music video. After the album’s release, a new single was marketed to the public every few months. The aim was to keep the artist in the public spotlight for as long as possible. As an important opinion leader and major advertising platform, radio played a significant role.

Despite the fact that the music industry has changed profoundly over the last two decades, big labels’ strategies for the release of new music are much the same as they were 40 years ago. In fact, it is difficult to identify even a single radical innovation.

Given this changing landscape, there are now more opportunities than ever for independent artists to disrupt the market and do things differently than the major labels. There is little to lose and much to gain. First, however, independent artists must figure out exactly what they want to achieve as a band and how they want to be perceived by the public.

Ultimately, bands fall into two categories. Some have passive audiences and are permanently relegated to the role of support act; others run rings around the main act with euphoric crowds and extraordinary stage performances. I’ve experienced both as a drummer, and not surprisingly, the second version is much preferable to the first. But what separates the bands in each scenario?

Before I attempt to answer that, I want to turn briefly to Austria, where musician Johann Hölzel created his alter-ego ‘Falco’ in 1978. Drawing inspiration from the East German ski jumper Falko Weißpflog, his style evolution began with a casual leather jacket and trainers. From his second album onwards, he perfected his visual image and became a sought-after public figure.

During Falco’s heyday, his appearance and image were at least as important as his music. He had countless designer suits custom-made and appeared proudly in tails at the Vienna Opera Ball before his hit Rock Me Amadeus climbed to the top of the US charts in March 1986. By that time, the ‘Falco’ brand was fully formed. He presented himself as his fans loved him to be: arrogant, provocative and unapproachable. A few years before his untimely death, he gave an interesting insight into his image. “I make sure that I wear a particular ‘Falco’ face on the outside,” he said in an interview, “because that’s what I’m like 99 percent of the time anyway.”

Finding your own style

Falco’s example holds important lessons for other musicians. To succeed, musicians must commit whole-heartedly to embodying the role of the artist with all its idiosyncrasies.

If your instinctive response is to think, “I just want to make music that people like – it can’t be that difficult!”, you probably don’t need to read any further. If your aim is to be a songwriter, you can pen hundreds of songs over the next few years, negotiate a great deal with a music publisher and live a quiet life behind the music industry spotlight.

If, on the other hand, you want to appear on stage as a successful artist, you can’t just play a role: you have to live it. If one thing is clear, it’s that there are many great musicians out there and at least as many good songwriters. Yet while many musicians’ technical skills have become increasingly refined over recent years, very few bands manage to find their own style and communicate it effectively to the outside world.

The good news is that there are many ways to develop a unique story for your band – whether a special sound, a distinctive voice, original songwriting, extraordinary live performances or a unique aesthetic.

3 tips for developing a band image

One of the difficulties I’ve encountered in the past is in devising a complete and coherent artistic world: one where everything meshes and fits together. I’ve spent a long time thinking about how best to tackle this challenge and, in all honesty, I still don’t have the (complete) answer. That said, the following three steps should serve as a good jumping-off point for finding your style as a band:

1. Think carefully about what you stand for. Which ideas and stances do you endorse? Which do you oppose? What do you believe in? What are your values? Discuss this together and compile the keywords you want to define the public perception of your band in the future: provocative, combative, thoughtful, hip, cheeky, whimsical, hyperbolic, etc. Once you’ve collected around twenty keywords, create another list for the words you definitely don’t want to embody.

2. The next step is what I call ‘creative writing’. Tell the story of your band, feeling free to use creative licence in parts. Always remember that this step can be updated and changed at any time. Try to make the prose feel like your music – ideally with sounds to accompany the words. Remember, however, that this work is not intended for public eyes and ears. The sole purpose is to give you a clear vision of how you want to be perceived by the world.

3. How you define your aesthetic as artists is crucial – after all, this is what will pique your audience’s interest in your music and musical vision. To get started with this, I recommend creating a Pinterest account and a general ‘inspiration board’ as a jumping-off point. Pin images that complement the ethos of your musical project. As you do so, don’t be limited by what they depict: photographs, landscapes, colours, fashion, logos, record covers, t-shirt designs and more can all serve as fantastic inspiration.

At this point, it’s about transforming a feeling into something tangible. It’s important to allow enough time for this process – at least four to six weeks – and to bear in mind that it is never truly fully complete. Once you are satisfied, I recommend you create additional boards for the themes ‘Photography’, ‘Live’, ‘Clothing’ and ‘Video’. Here, add inspiring images of people to help you crystallise your aesthetic. Later, share these boards with people who work for you, such as photographers, lighting designers, video directors, etc.

Nothing is worse than placing the development of your image concept entirely in other people’s hands. If you decide to do this, it’s highly likely that you’ll end up with photographs that don’t match your music video, a music video doesn’t match your album cover, etc. You can avoid this easily by giving clear instructions to the people you work with. A Pinterest board can be a great place to start.

From your band image, develop the story of your band

Once you’ve decided how you want to appear to the public, everything else should fall into place. Your image concept will dictate what you’re going to wear on stage or in photo shoot, what you should and shouldn’t post on Instagram, and more. You’ll be able to quickly brainstorm album cover or music video ideas and discard them if they don’t work for you.

Always remember, however, that aesthetic elements are only a tool for communicating your vision. It is equally important to have a compelling story that makes sense alongside your music and image. All the pieces have to fit together and, at the same time, not appear too complicated or esoteric.

When I think about this topic, the story of the Finnish rock band Sunrise Avenue always comes to mind. After being rejected by a string of producers, they agreed at the end of 2004 to record an album with producer Jukka Backlund without having a record deal. The funding was provided by a friend of the band, Mikko Virtala, by selling his house – or so the story goes. It remains unclear whether it is true, but true or not, it is certainly ingenious.

Does your band really need to function as a brand?

As you read this post, you might be feeling like this is all too planned and contrived. Presumably, if you wanted to be in a manufactured girl or boy band, you’d have joined one.

Yet as the conventional wisdom goes: planning with doing is usually fruitless; doing without planning, however, is disastrous. All these steps are merely tools to help you develop and consolidate a creative vision. This, in turn, will allow you to bring this vision to life for the world and be stars in front of your fans.

Have you ever considered the image you want your band to project? Do you think band image is relevant at all, or should bands and musicians avoid straying into branding and marketing? I’d love to hear your thoughts below.