Band image: why you should build a brand for your music17 July 2021Next

Blockchain in the music industry12 June 2022 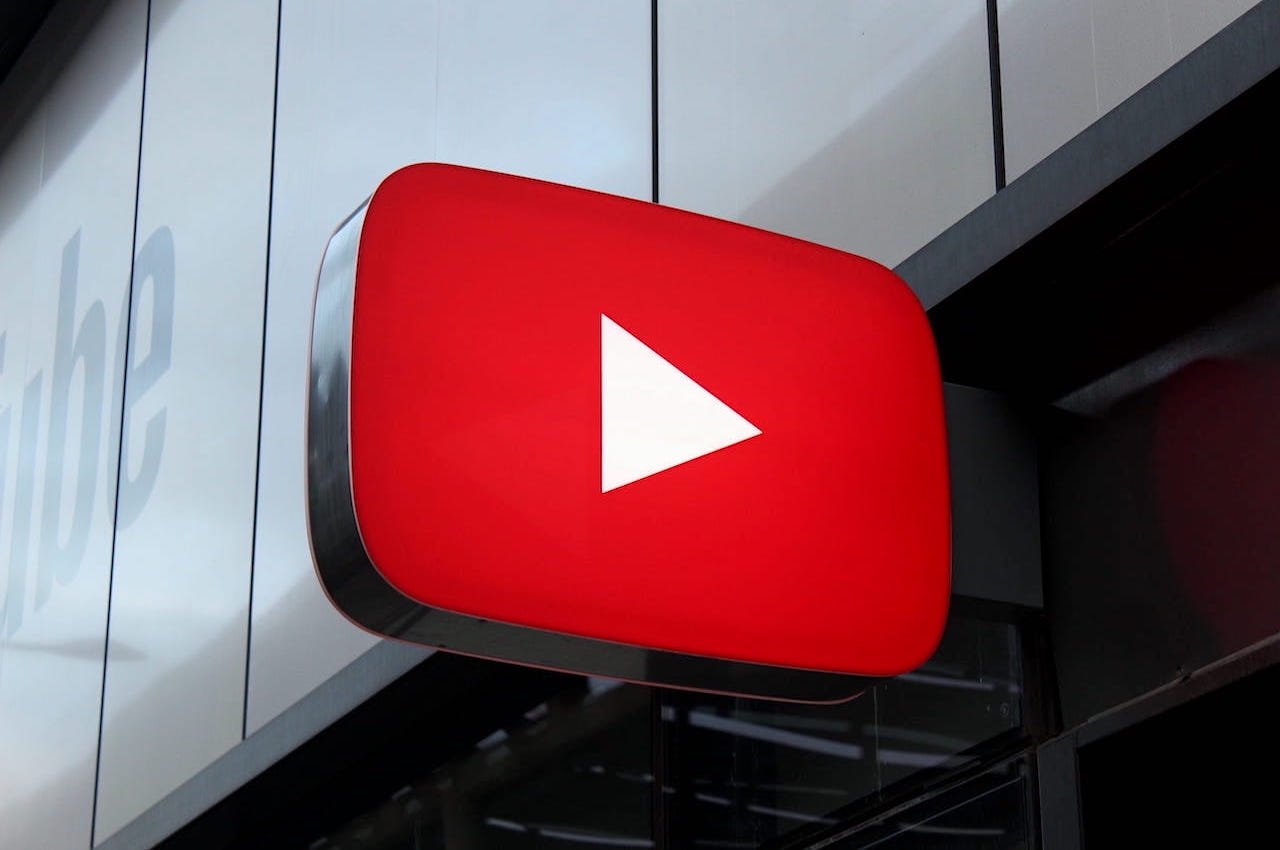 In the 21st century, bands and artists compose, develop and promote music predominantly in the online space. Instagram, SoundCloud, YouTube, TikTok and Twitch provide platforms for them to showcase every aspect of their music and identity. This blog post explores how musicians can use YouTube to connect with fans or share new music and whether you should invest time in setting up your own channel. Could it be a money maker?!

Gaining recognition as a band: stage vs. screen

When my band and I were trying to grow our fan base just after the turn of the millennium, we heard one message and one message alone: if we wanted to become successful musicians, we’d have to be prepared to play our asses off. This was the golden rule of the era. In practice, bands had to play a huge number of live shows in local venues to discover what worked and what didn’t. It typically took years for a band to find their signature style. Today, the music business is far more fast-paced, and the process of cultivating an identity has largely shifted online.

There are now a large number of musicians who seldom or never play live, but connect with fans exclusively via YouTube and social media channels. By posting music videos and other video content several times a week, some of them achieve audiences that would never have been possible in the pre-internet era. Well-known examples include the US singer and songwriter Charlie Puth, who gained fame through YouTube, and Ed Sheeran, who reached No. 1 in the iTunes charts before even signing his first record deal.

Cover versions as a way to get noticed

While YouTube was still in its infancy, it was relatively easy to gain a fan base by uploading very simple content. When the platform went online in 2006, it was not at all uncommon for YouTubers to sit down in front of the webcam with an acoustic guitar and sing into the built-in microphone on the laptop. American indie folk singer-songwriter Terra Naomi was one of the first artists to gain success by doing so.

Meanwhile, some previously unknown musicians used cover versions of big hits to achieve viral success. Shawn Mendes and Justin Bieber, for example, uploaded their first cover songs to YouTube in their teens before becoming globally celebrated stars in the following years. Though it wasn’t enough to propel them to international stardom, Canadian band Walk off the Earth won more than impressive 190 million views on their cover of Gotye’s Somebody That I Used To Know. The Canadian band put their own spin on the song by having five musicians play the same acoustic guitar. Do you have your own idea for a YouTube cover with unusual instrumentation?

In recent years, technical progress has meant that high-quality audio and video recordings are becoming ever cheaper to make. As a result, viewers expect better and better output – and it’s much tougher to stay competitive on the YouTube scene. The most successful YouTubers have risen to the challenge by setting up their own recording studios, DSLR video cameras and lighting systems as well as becoming experts in video editing software. They control every step of the production process and upload a large number of high-quality videos with impressive regularity. It is impressive just how much creative output some YouTubers have delivered with over the course of their careers – regardless of the genre.

The importance of a regular schedule

While it used to be customary for bands to release ten songs every three years, YouTube music stars regularly release ten songs every three months. How or whether this enormous creative pressure affects the quality of creative output is too big a question to be answered here. It’s worth remembering, however, that failing to release content regularly can quickly lead to subscribers switching allegiance to another channel.

In addition, the Google algorithm appears to favour videos that are at least ten minutes long and are uploaded by accounts with more than 10,000 subscribers. As such, if channel operators want to monetise their content, they must produce content on a continuous basis and keep in touch with their fan base across all their social media channels. Only very few manage to do this – or at least to keep it up for a sustained period.

With more than 2 billion monthly active users, YouTube as a platform is as popular as ever. What has changed is what it takes to beat the competition. Accordingly, some musicians have begun to how their channels are run – and many have been successful in doing so. I count Ola Englund, Rob Scallon and Cobus Potgieter as just some of the ‘new’ generation of music YouTubers who have mastered the art of evolving on Youtube. All of these artists have been active on the platform for several years and have uploaded hundreds of videos sharing their passion for music with their fans.

If you look at the channels I mentioned, it becomes clear that successful music YouTubers must offer a much broader range of content than they did ten years ago. Their content ranges from topics like ‘Life hacks for your instrument’ or ‘How do I play song X?’ to ‘How was this particular sound created?’.

For his part, Rob Scallon has gained over 2 million subscribers with elaborately produced videos covering metal hits with his sitar, banjo or jazz band. In other videos, he shows how to build DIY guitars.  South African drummer Cobus Potgieter is fellow veteran of the platform, uploading drum cover versions that often get many millions of views.

Since YouTube is the most popular music streaming service in the world and is still most people’s first port of call for consuming music, getting heard (read: noticed) demands good, aesthetically appealing content. Uploading regular, high-quality content that conveys your sound and image authentically is key to long-term success on YouTube. Your most important goal should be to build a close connection with your fans through genuinely enjoyable videos.

These don’t always have to be elaborately staged. Clips from the rehearsal room, from your latest tour or from an evening playing pool will be appreciated by fans as authentic insights into your band’s day-to-day life.

While the number of albums or singles sold used to be the definitive indicator of a band’s popularity, it is now the number of streams on Spotify or plays on YouTube that decides. For this reason, you should consider incorporating the platform as a building block in your music career.

If one thing is clear, it’s that the production of interesting, high-quality content requires a great deal of time and practice. What’s also clear is that this effort can pay dividends. If your band has a large number of subscribers, this translates automatically to fans who can support you on Patreon, promote and advertise your crowdfunding campaigns, buy your merchandise and attend your shows when you go on tour.

The final point to make is that if you want to succeed on YouTube, you should be prepared to invest a lot of time before you start to see financial returns. An alternative source of income is a must for while you’re building your channel. You need at least 1,000 subscribers and a playback time of 4,000 hours within the last 12 months to be able to participate in the YouTube Partner Programme and earn income through advertising revenue.

After all that, you’re probably wondering: what’s the best way is to get started? How do you actually become a YouTuber? The answer, unfortunately, is that there’s no one-size-fits-all approach. Content producers who get millions of views don’t usually blow up overnight with a viral video, but spend years consistently publishing high-quality videos and building their profile little by little. Eventually, they became so present that they simply can’t be ‘missed’ any more. As with most other things in life, consistency is the key to success.

Of course, this is not to say that there are no useful ‘shortcuts’. Collaborating with established YouTubers, in particular, is a great way of gaining new fans. Appearing in another YouTuber’s video gives you the chance to connect with a new audience and is almost certainly the quickest way to raise your profile. If you don’t have a successful YouTuber in your circle, you can arrange contracts and advertising campaigns with influencers through agencies such as Mediakraft.

Ultimately, only you can decide whether to invest the time and effort to build a fan base on YouTube. If you want to go ahead, it’s worth taking a look YouTube’s Creator Academy (creatoracademy.youtube.com), which offers helpful tutorials on how to get started on the platform. Although a YouTube presence is certainly not a prerequisite for success as a band or musician, I recommend it as an effective way to raise your profile and expand your fan base.

I’d love to know what you think. What role does YouTube play for your band, if any? Do you run your own YouTube channel? Do you see the development of new artists shifting more and more into the digital space – and what are the downsides and opportunities? Let’s chat in the comments! 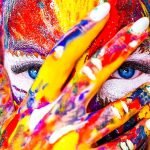