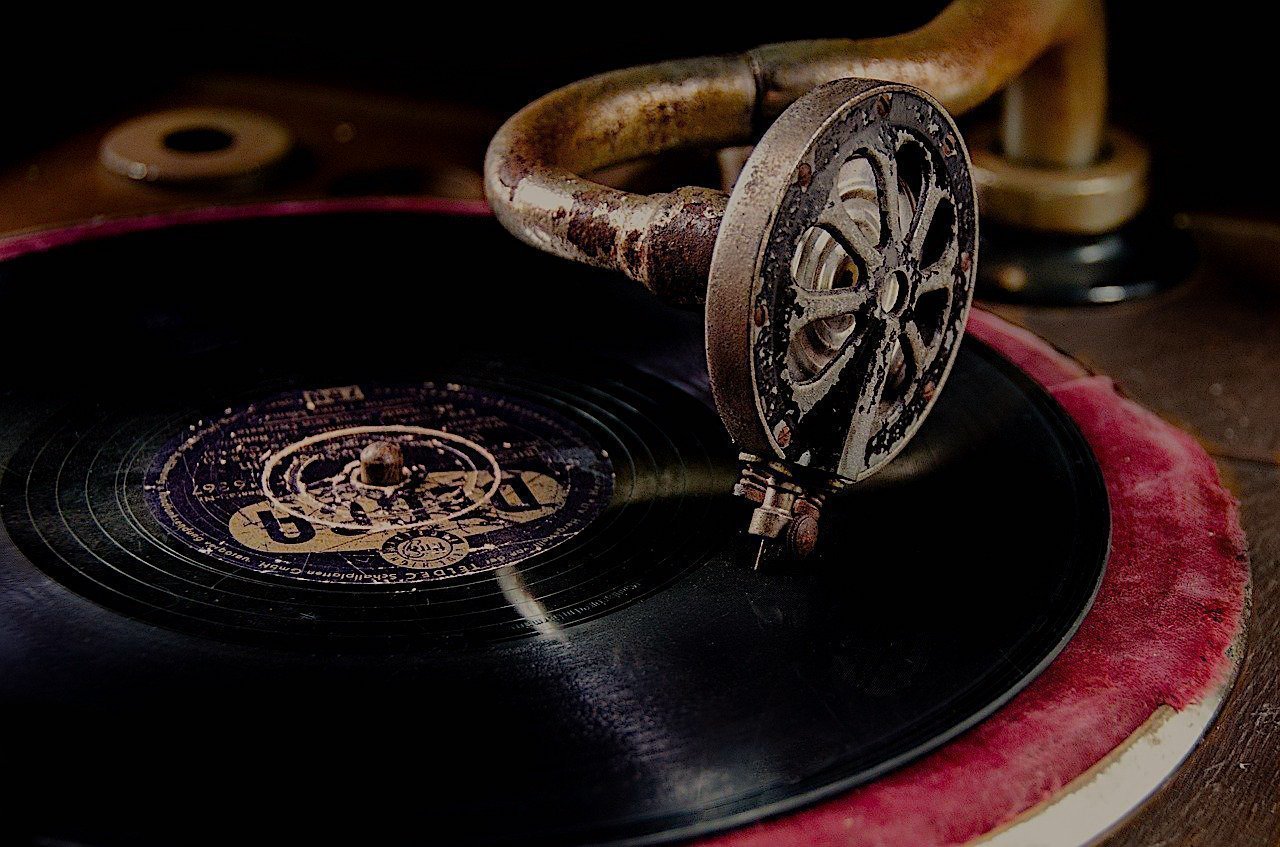 This post was inspired by a recent article in the Frankfurter Allgemeine Zeitung about how streaming has fundamentally changed the music business. In the past, bands and artists were usually discovered when they played at clubs or were featured as up-and-coming artists on the radio. Then came music blogs – and with them, aggregators and databases like Hype Machine. Today, it is Spotify playlists that are often the springboard to a shiny musical career. Although new artists are still being discovered via all of the above-mentioned channels, the importance of Spotify has grown considerably in recent years. As the music industry has come to appreciate the enormous influence of playlists on music consumers, curators have found themselves in the role of music editor 2.0.

At one stage, the practice of advertising paid playlist placement to major labels was rife. While Spotify has now officially clamped down on this business model, several companies still purport to offer inclusion on highly-followed playlists for a fee. Maik Pallasch, Spotify’s Head of Shows & Editorial for Germany, says: “We find it highly concerning that people are trying to profit from the aspirations of inexperienced musicians. It is not possible for anyone to buy their way onto a Spotify playlist. We recommend that artists and labels never pay money to providers who claim to influence Spotify-curated playlists.”

Spotify, Apple Music, Amazon: How to get your music onto a streaming platform

So, how do you actually get your music onto an influential Spotify playlist? Before I cover this, I want to first explain how to get your songs onto a platform – because as an artist without a record contract, you cannot simply contact the big providers (Spotify, Apple Music, Deezer, Amazon) and ask them to publish your music.

To do this, you need to contact a digital music distributor such as Tunecore, Recordjet or Uniqueopia. These providers will ensure that your music is successfully transmitted to your desired streaming and download platform(s) with the correct metadata. In the meantime, I recommend you spend time researching the various Spotify playlists and familiarising yourself with their genres, moods and follower reach: this will leave you well placed to begin making money with them. Below is a brief overview of the types of playlists and how they differ:

Most music fans will be familiar with these playlists, which are compiled by the Spotify Editorial Team. It is up to these professional curators – whose role and influence is comparable to that of former music editors on the big radio stations – to decide which artists win the coveted spots on Spotify’s most-followed playlists. Until a few years ago, it was impossible for artists to reach listeners worldwide without managers, labels and marketing teams. Nowadays, anyone with a Spotify for Artists account has the opportunity to make their songs known and earn money with the streaming.

This category includes playlists compiled by users, blogs, labels, websites or organisations. According to Spotify, there are now more than three billion playlists on the platform, the overwhelming majority of which are curated by regular users. In addition, there is a long-standing trend for musicians to share their own Spotify playlists with fans, giving them a chance to connect musically with their audience by sharing their favourite tracks and musical influences. Of course, artists should feature their own songs, too, so their fans know whose music is the focus!

These playlists are created exactly as their name suggests and include, for example, Discover Weekly, Release Radar and Daily Mix. In contrast to user-curated playlists, they are created based on individual users’ listening habits.

How do I get featured on the most-followed Spotify Playlists and make money from streaming?

There are several ways to get onto popular playlists on Spotify. Here are a few of them:

“Money makes the world go round” – and Spotify playlists are no different. Years ago, if an artist was featured on a major radio station, it almost always led to better record sales (ask your parents!). Today, things are much the same: a spot on one of the popular Spotify playlists will usually lead to more streams and thus to higher artist earnings. With this in mind, some operators of successful user-curated playlists – including companies who specialise in purchasing and running these playlists – will take money to feature your song. In the most influential cases, playlists might have a million followers or more.

I recently saw an offer whereby artists were required to pay an “expense allowance” of 250 euros per 100,000 streams. This makes a certain amount of sense: if streams are paid at 0.006 euros per song, 100,000 streams will earn you 600 euros, or 350 euros after deducting the curator’s cut. Not bad. Unfortunately, I increasingly see users being asked to pay for a guaranteed number of streams – 25,000 streams for 99 euros, for example. In these cases – and without wanting to generalise – I would be suspicious that the majority of the streams are generated by bots. If most of your songs are only listened to for 30-40 seconds, it is very likely that no-one but a few computer programs has heard them.

A reliable way to become part of an influential Spotify playlist is to get featured in online magazines like Hype Machine, Stereogum or Indie Shuffle. The music editors and curators of Spotify playlists often visit these websites to discover new and promising artists.

There are certain companies that specialise in submitting the music of paying artists to curators of popular playlists. While this does not fundamentally violate Spotify’s terms and conditions, caution is still required: it may well be that you spend heavily on an advertising campaign only to find that your music isn’t featured after all. These companies only promise to propose your song, not to score a definite spot – and even if your song is featured, there’s no guarantee you’ll reach a certain number of listeners per month. Don’t be blinded by playlist follower numbers: it’s not about how many potential listeners a playlist has, but about how many “real”, active listeners you can reach with your music. Check your audience numbers regularly in your Spotify for Artists account.

Since many Spotify accounts are now connected to users’ Facebook profiles, it is not difficult to find out which playlist is curated by whom. However, avoid messaging the curators directly on Facebook and asking them to add you. That’s not how it works. A better way is to contact playlist owners with a serious compliment or an open question – because once you’ve created a good, personal connection, the chances are that they’ll add your music for free. As you do this, proceed systematically and organise your contacts as I advised in the article Networking: How to build long-term business relationships as a musician. As we all know, good planning is half the job. 🙂

5. Be an active Spotify user

“You scratch my back, I’ll scratch yours.” Again, this is as true on Spotify as in any other area of life. The streaming platform “likes” it when you have a complete artist profile and compile successful playlists that are shared with your followers. If you’re lucky, this activity will be noticed and appreciated by the Spotify curators, who’ll then add you to one of their (big) playlists and allow you to reach millions of listeners. But even if these opportunities sound tempting, they say little about your real fans. Just because one of your songs is on a hot playlist doesn’t mean that a million streams equates to a million new fans. If you’re lucky, you can expect around 100 new fans per 100,000 streams.

In light of all this, the key thing is to never lose sight of your real goal: to build a loyal fan base that will accompany you throughout your musical career. For bands and musicians without a record contract, the earning opportunities presented by major streaming providers are very limited. Napster pays 0.0167 euros, Tidal 0.0110 euros, Apple Music 0.0064 euros, Google Play 0.0059 euros, Deezer 0.0056 euros, Spotify 0.0038 euros, Pandora 0.0011 euros and YouTube 0.0006 euros per stream. There are questions about whether Spotify will remain profitable for musicians in the future – not least because of the fact the Swedish streaming provider has always defined itself as a tech company, not a traditional music distributor.

What do you think? What experience have you had with Spotify and playlists? Do you think streaming providers will be an important source of income for musicians in the future? Let me know your thoughts in the comments!