How can I earn money as a musician with streaming?02 February 2020

There is little doubt that 2020 will go down in history as an annus horribilis for live music – with far-reaching consequences for bands, musicians, bookers, promoters and the many technology companies that enable concerts, festivals and tours to be delivered on-site. Initially, ticket providers were less affected: even where tickets were cancelled, they got to keep both the advance booking fees and the standard cancellation fees charged to local promoters. At the end of March, the head of CTS Eventim, Klaus-Peter Schulenberg, announced that his company could survive two years of crisis.

How market share is distributed in the live entertainment market

The shift in the international live music industry happened much earlier than many people think – almost 25 years ago. As I see it, the Telecommunications Act, a U.S. federal law enacted in 1996, was the crucial turning point. Originally, the law sought to end existing restrictions on competition and facilitate greater competition in the market. In the end, however, the opposite happened. The mergers of already-established providers only strengthened their market power.

Nowhere is this clearer than in the case of U.S. concert promoter Live Nation, which signed a ten-year cooperation agreement with Ticketmaster in 1998 before entering the ticketing sector itself in summer 2007. Shortly afterwards, Live Nation also entered into extensive cooperation with German ticketing company CTS Eventim, which granted it a licence for the CTS ticketing software in North America. In return, CTS Eventim was exclusively commissioned to carry out ticketing operations for Live Nation in many areas of Europe.

Ticketmaster reacted promptly to this unwanted development by acquiring a majority share in US management agency Front Line. Meanwhile, over the next two years – despite exclusive artist contracts with Madonna, Nickelback, Shakira, Jay-Z and more – Live Nation fell short of profit expectations and came under increasing pressure. The share price fell dramatically; managing director Michael Cohl was forced out of the group. A serious system crash at CTS Eventim in January 2009 was likely the final straw. In February 2009, Live Nation announced a split from CTS Eventim and a merger with Ticketmaster. Since then, the two companies have collaborated under the name Live Nation Entertainment and have dominated the global concert and ticketing business.

In Germany, the listed company CTS Eventim continues to dominate the market. Its founder and main shareholder, Klaus-Peter Schulenberg, was interested in music from an early age and played in a school band as a teenager. He later studied business administration and law. In 1973, while still studying in Bremen, he founded an artist management and concert agency; in 1977, he collaborated with the legendary Fritz Rau to organise his first major event: a concert by the Rolling Stones in Bremen. During this time, he also founded or took over companies in other sectors, such as radio stations and regional advertisers.

In 1996, he purchased the company CTS GmbH from concert promoters Marek Lieberberg, Matthias Hoffmann and Marcel Avram. The company was in the red and Schulenberg undertook a financial restructuring – which led, among other things, to it systematically acquiring shares in various tour and concert promoters over the following years. These investments were eventually brought together under the umbrella of the Medusa Music Group GmbH – now CTS Eventim AG – which holds shares in Marek Lieberberg Konzertagentur, Peter Rieger Konzertagentur, Semmel Concerts, FKP Scorpio and more. As a result of these acquisitions, the majority of Germany’s festival landscape and concert business was combined under the CTS Eventim label. It is worth noting that in many areas, the strategic direction of CTS Eventim and Live Nation Entertainment is rather similar:

Eventim UK, the British subsidiary of CTS Eventim, came together with the Anschutz Entertainment Group (AEG) to acquire London’s legendary Hammersmith Apollo Theater in 2012. For CTS Eventim, this was an important step in further establishing itself in the English-speaking market, especially after its split from Live Nation. In the same year, CTS Eventim secured the Lanxess Arena in Cologne for its exclusive use – a move that was not only extremely lucrative, but offers a competitive advantage that cannot be underestimated. As soon as a group has its own event venues, concerts can be held there with much lower fixed costs. Additional income is then generated by leasing the venue to external concert promoters, who act as subcontractors.

If you are wondering how it can be that a ticketing company is more profitable than a concert promoter, the answer is very simple: ticket sellers are exposed to virtually no financial risk. Unlike concert promoters, who are liable for all costs associated with an event, ticketing companies occupy an insulated position: even if an event sells fewer tickets than expected – indeed, even if it makes huge losses overall – the only effect is that profits are reduced. Eventim now sells an estimated 90 percent of all concert tickets in Germany in the pop and rock sector. Many of these are sold on the internet and advertised via email marketing.

Who gets what from the price of the ticket?

How are ticket prices split between promoters and artists? As far as I know, there is no one-size-fits-all answer to this question. No concert is like any other, and the answers to the following questions are very different in each case:

To understand this a little better, let’s look at a little example from the day-to-day life of a concert promoter or manager. Imagine an indie rock band is performing in front of 1,200 people in a sold-out Munich club. The sales price is 28 euros per ticket, which, after deduction of GEMA (performance rights) fees and VAT, gives approximately 25 euros net. It is usually the case that the local partners and tour promoters share the income from ticket sales to cover their costs. If we assume that the on-site production costs account for 10 euros of each ticket sold and the costs of the tour (nightliner, backline, advertising, roadies, artists’ fees, etc.) account for 8, it quickly becomes clear that there is little actual profit to made. After this deduction of costs and taxes, the band collectively earns between 3 and 5.50 euros net per ticket, while tour promoters and local partners may earn between 1.50 and 3 euros each (on which taxes are again to be paid).

Every ticket not sold cuts into the tour and concert promoters’ earnings, since the artists usually receive a fixed fee plus a share of the profits. This is why many smaller concerts are now budgeted for in such a way that bands and promoters are satisfied with a ‘plus-minus zero’ result. It is understood that there is no big money to be earned. Rather, it is about establishing promising artists and thus investing in (or betting on) the future of those involved.

What the coronavirus means for live music

Incidentally, CTS Eventim is no longer so optimistic about the future. When the figures for the first quarter of 2020 were presented in May, it was clear that the group would also face consequences from the worldwide standstill in live entertainment. Its turnover had decreased by a third; its profit had plummeted. Schulenberg stated that the large reserves built up by the company over recent years would help it through the crisis. For musicians, bookers, technicians and the countless dedicated, smaller local promoters, such financial security is something they can only dream of.

What are your experiences of promoters? How have you survived the Covid-19 lockdown without live music? Let me know in the comments – I’m looking forward to hearing from you! 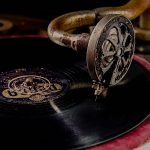